Are tire price really going up this time?

Home/News/Are tire price really going up this time?
Previous Next

Are tire price really going up this time? 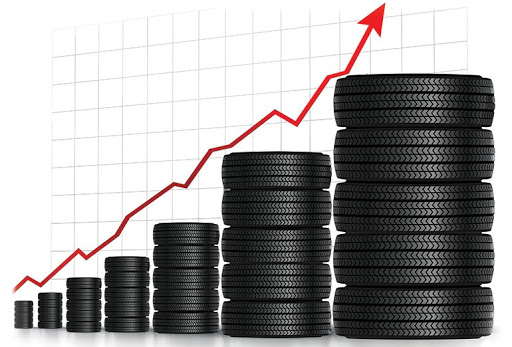 The world is still under the shadow of covid-19, and there is still great uncertainty in the recovery of market demand. Since the beginning of 2020, various tire manufacturers have tried to raise tire prices many times, but the market’s response is always not as expected. Many tire factories have issued notices regarding the substantial increase in the prices of raw materials such as rubber, carbon black, and steel cords, and they have decided to increase the sales prices of their products.

Cabot announced that the price of carbon black has increased by 1,200 RMB (around 150usd) per ton. The price of this raw material has also reached the highest in ten years

On September 21, Cabot Corporation issued an announcement that the company will increase the price of all rubber carbon black by US$150 per ton, equivalent to RMB 1,200, starting from October 1.

As for the reason for the price increase, Cabot explained that the cost of raw materials and employees has increased and production is limited, which has led to a continuous increase in carbon black manufacturing costs.

In the domestic market, the cumulative increase in the domestic carbon black market price from early September to 21st was 500-800 yuan/ton, and market transactions decreased after the company’s new orders increased. As of September 21, the price of carbon black N330 in Shandong market was 5200-5500 yuan/ton, up 13.44% from the previous month.
RSS3 rubber prices reach a ten-year high.

In addition, due to the new crown pneumonia pandemic and limited market supply, the demand for protective rubber gloves has risen sharply, and the prospects for natural rubber prices are improving.

Luckchai Kittipol, the honorary president of the Thai Rubber Association, previously stated that he was more optimistic about the prospects of rubber, because the price of RSS3 rubber reached 60 baht per kilogram for the first time in more than a decade on September 1.

In the third quarter of 2020, the natural rubber futures markets at home and abroad rose further, continuing the second quarter’s rise. However, different futures markets and different rubber varieties have different growth rates. Among them, the futures prices of China All Latex, China No. 20 Gum, Singapore Tobacco Piece Gum, Singapore No. 20 Gum, and Japan Tobacco Piece Glue rose by 21.02%, 7.97%, 38.09%, 24.15% and 17.15% respectively. At the same time, the spot prices of various rubber varieties in China have fluctuated, with smoked sheet rubber performing the strongest and mixed rubber the weakest. Since July 2020, the spot prices of smoked sheet rubber and full latex in Shanghai, and Thailand No. 20 standard rubber and mixed rubber in Qingdao Free Trade Zone have increased by 26.80%, 16.21%, 13.60% and 8.12% respectively.

In recent times, the price of raw materials for tires has continued to rise, which has intensified the price increase of tires. So far, there are more than 20 tire companies including Magis, Pulin Chengshan, Triangle, Bridgestone, Linglong, Wanli, etc. Both have announced price increase plans.

In the first half of 2020, despite the unfavorable factors such as the pressure of the epidemic and blocked exports, due to the decline in the prices of raw materials such as natural rubber, contrary to the sharp decline in the performance of foreign tire giants, the net profits of domestic tire companies have been rising. Many companies even stated that their performance has reached the best in history.

In the second half of the year, as the prices of natural rubber, carbon black, steel cord and other raw materials continue to rise, the future performance of tire companies may be squeezed.